Greek for “Many” Ticks –

Gluttons of others’ blood

TEMPTATION OF THE MULTITUDE

Yield friends and kin before

Well, my guesstimation is a little,

Laughing at me like that, I mean just ’cause

Mean u shood start up all a’ laughin’ n’

Weyull jus’ half to c hoo ndz ap getting

– My utilization of alliteration

I fence because I fence

– My utilization of anaphora (yes, fence like with swords)

– My utilization of apostrophe

– My utilization of asyndeton

– My utilization of enjambment

Slithering in a long stride of brambles and ash is a life forged not by its owner.

– My utilization of hyperbaton

He’s not a complete thunderumptiously-profusing-profoundering-whifferninny-fundergunst.

– My utilization of litotes with some made up words

Lend me your ears, he’s been a leg up on ’em ever since she gave him a hand.

My utilization of metonymy

My utilization of polysyndeton with made up words and names

My utilization of hyperbole

Stoners rocking out got stoned

Just some wordplay and puns

The land is picketing the mayor’s yard. Signs read “Don’t tread on me.”

What is so cheap as today?
What is so precious as tomorrow?

As cheap as today

As precious as tomorrow

Out through realm the all armor shining in the light moon.

I’ll post the poems in celebration of of all, but National Serpent Day later.

Here are some poems in celebration of National Serpent Day ! –

Of Light, Devourer Of

Sun, Torch of the Night

Sustenance for the shedding of

Omega fight over the last

Crumb of their own body’s banquet

Ten trillion leagues beneath the 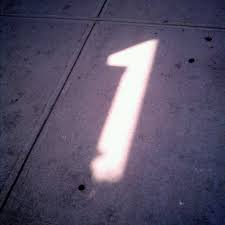 Yesterday I received my results from competing in the 2013-2014 Scholastic Art and Writing Awards and today is the I Year Anniversary of this blog! I received 6 Silver Key awards (top 10 to 15%) and 6 Honorable Mentions (top 15-20%) out of all competitors in the states of Arizona, Texas, Louisiana, and New Mexico.

And now for a nontraditional haiku –

At bay behind bars brazen

Spice from boat and beast

Grain and fruit to gem

Melted down in furnace heat 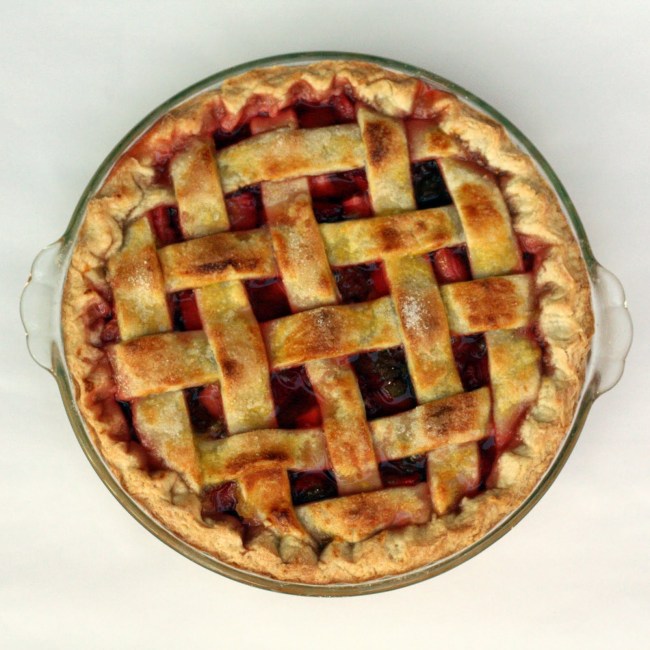 “If you are going through hell, keep going.” – Winston Churchill

“The man who moves a mountain begins by carrying away small stones.” – Confucius

“Many of life’s failures are people who did not realize how close they were to success when they gave up.” – Thomas A. Edison

“I am a slow walker, but I never walk back.” – Abraham Lincoln

“Always bear in mind that your own resolution to succeed is more important than any one thing.” – Abraham Lincoln

“When you get to the end of your rope. Tie a knot and hang on.” – Franklin D. Roosevelt

My first book spine poem ever, this one’s from a while ago… 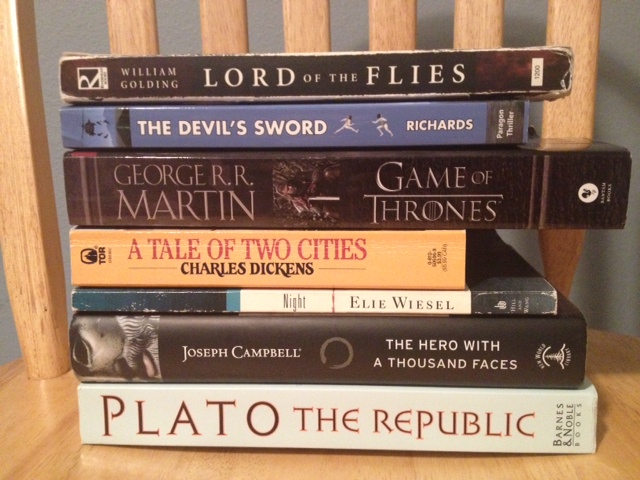 The Arch Fiend and Lord of the Flies threatens all that is good with the might of his sword. A clash of brawn and wit ensues in a game of thrones for ultimate power. The two great cities of damnation and salvation respectively are locked in bitter war. Endless night devours creation. After ages innumerable of unceasing combat The Hero With A Thousand Faces is given permission from his father to sacrifice himself to deal an immortal blow to Death and end his reign in darkness. This act of utter selflessness makes a future paradise on earth, Plato’s Republic, not only a possibility, but a reality.

Some rock balancing my sister Abby and I worked on a while ago, she is probably going to join us here soon as the 2nd Spontaneous Creativity Poet !!! She is much younger than I, but is a good writer, and a pretty great poet !! 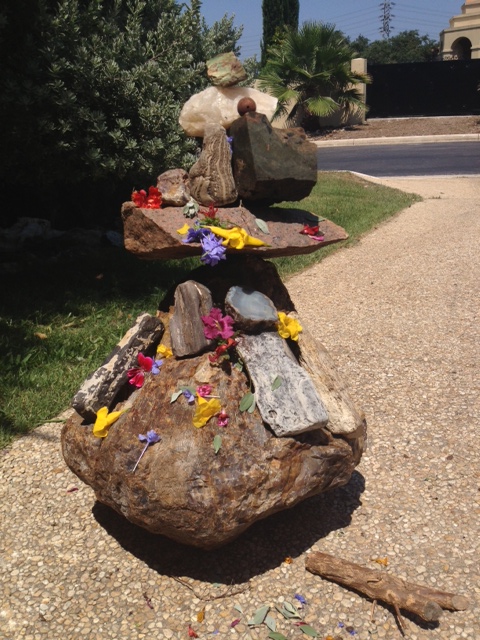 By Dulzimordash a.k.a Michael Cravey with help and advice from sister Abby Cravey

Mockingjay of The Hunger Games series by Suzanne Collins, Speaker For The Dead of the Ender’s Game series by Orson Scott Card, American Fencer by Silver Medalist Olympian and America’s Face of Fencing, Tim Morehouse, and Tolkien’s The Silmarillion for like the fourth time, the latter being the greatest book of all time.